Bangladesh's sole private airline GMG said Tuesday it planned to start three new international flights, just weeks after state carrier Biman cut some destinations abroad to save cash.
"We are going to operate three more international flights to New Delhi, Kathmandu and Bangkok," said Shuvra Kanti Sen Sharma, deputy general manager of GMG Airlines.
The carrier, which competes with state-owned Biman Bangladesh Airlines, will fly three times a week to the new destinations from the capital Dhaka and twice a week from the southern port city of Chittagong, Sharma told AFP.
The new flights are due to begin on October 20.
This year GMG leased two 153-seat MD-82 passenger jets, to expand its fleet to five. The company, which began services in 1998, already has three Canadian-built Dash-8 passenger jets. In addition to domestic routes, the carrier currently flies to India's southeast city of Kolkata, formerly known as Calcutta. GMG is also in talks with Biman to take over some its international routes after the state carrier this month said it would cut all of its loss-making international flights, including to New York, Paris, Frankfurt and Yangon.
Biman reported a record loss of 120 million dollars in the year up to June 30.

"As part of the new strategy, GMG has exited wide body operations, and will be replacing their Boeing 767s with new generation narrow-bodied aircraft with a renewed emphasis on on-time performance, reliability, and customer experience. The existing MD 80 aircraft will be removed from the fleet and for some routine periodic maintenance Dash8 aircraft will also be removed from operation for the time being. Along with the shift from wide body to narrow body operations, the airline is also in advanced stages of new routes analysis, new fleet planning and negotiations with lessors and aircraft manufacturers, as well as of right sizing of its workforce to improve productivity."

"Thank you very much for your interest in GMG Airlines. We have temporarily suspended all flight operations with effect from 30 March 2012, as we work to transform our business and replace our current fleet with new aircraft. We will resume operations later in 2012." 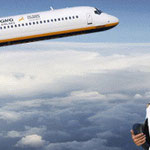 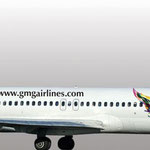 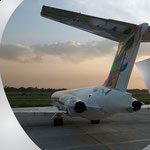 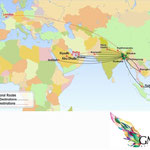 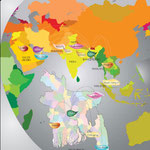 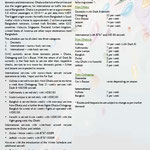 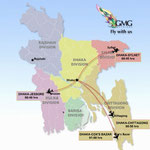